"Today is the 80th anniversary of #Kristallnacht"

"A personal story: My grandfather fought in WWII. He never spoke about it, so we didnt know much about his time in the service, but based on the patches on his uniform, we think he did something in intel."

"The next part takes place two years ago. He died, and I'm cleaning out his house with my mom and sister. We find a photo album. When I open it, I feel like it might burn a hole in my hands."

"The first few pages have pictures of Jewish homes being ransacked; people are in robes and pajamas. Several are bleeding."

"Now we move on to the stores:"

"The next section is like a gut-punch. They enter a synagogue, overturn everything. You can see prayer shawls strewn everywhere."

"Then they get to the holy ark, and pry it open to steal the silver and burn the Torah. At this point I feel tears welling up in my eyes."

"Then they pour accelerant, and set the whole thing ablaze. I had never before seen pictures of a shul on fire from the inside."

"At this point, I take out some of the pictures and turn them over. This is what I find: November 10, 1938. Nuremburg. A shiver goes through me. When I google the names, I find they were Nazi photojournalists."

"These are behind-the-scenes pics of happy Nazis on a rampage, presumably on Kristallnacht. What they were doing was COMPLETELY LEGAL."

"You tell us "never again." I'm not so sure. #Kristallnacht #kristallnacht80"

"For those who have asked, I forgot to add: we have NO idea how he came to own these." 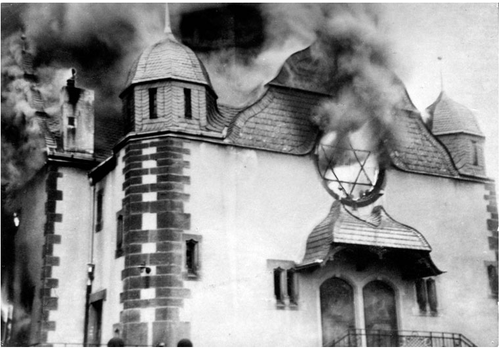 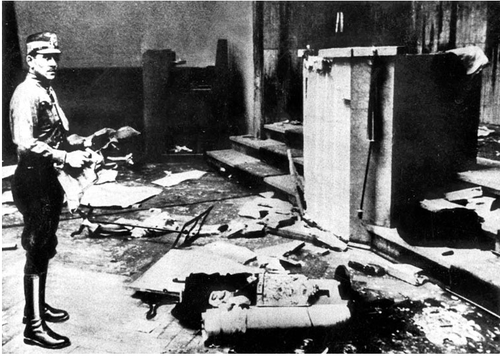 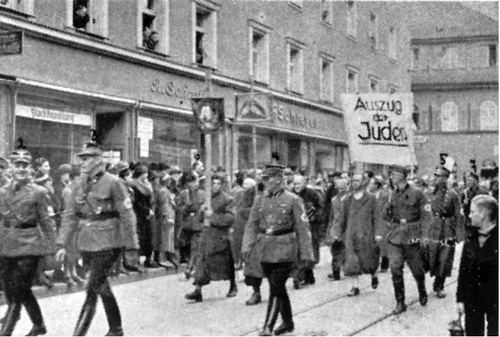