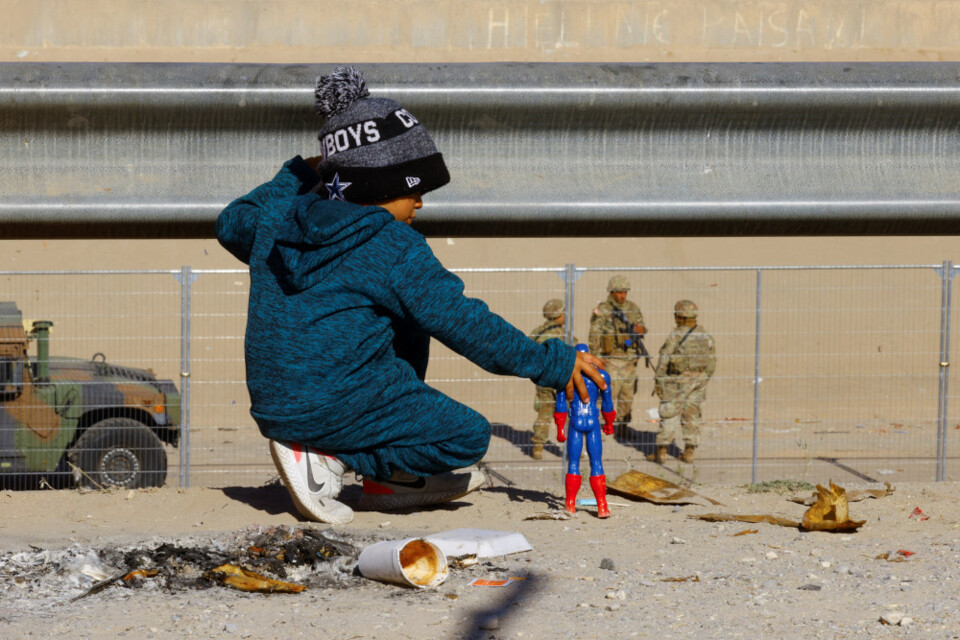 George, 5, a migrant boy from Venezuela who is traveling with his family to seek asylum in the United States, plays with a Captain America doll along the border between Mexico and the United States in Ciudad Juárez, Mexico, Dec. 27, 2022. In the background members of the Texas National Guard were positioned on the banks of the Rio Grande to reinforce border security and inhibit migrants from crossing into the U.S. CNS photo/Jose Luis Gonzalez, Reuters 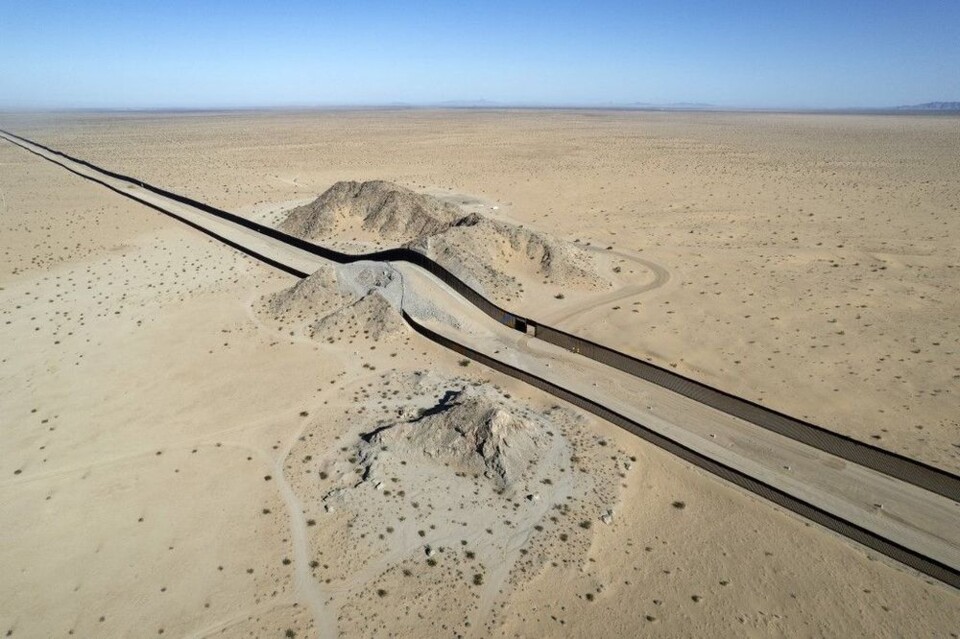 This aerial photograph taken on September 19, 2022, shows the US - Mexico border wall cutting across a hill in the desert, near San Luis Rio Colorado, Mexico. Guillermo Arias/ AFP

A man sits outside a tent as other migrants gather at the Belarus-Poland border near Grodno, Belarus. About 15,000 Polish troops have joined riot police and guards at the border. The Belarusian Defense Ministry accused Poland of an "unprecedented" military buildup there, saying that migration control did not warrant such a force. Leonid Shcheglov/ BelTA/ AP Photo.

As roughly 4,500 children wait in Border Patrol facilities unequipped for long-term detention, with some sleeping on floors, the U.S. has rushed to open holding sites across the country and release children more quickly.⁠⁠ "A colossal wall of razor wire and thick fencing now stretches along the Greek-Macedonian border near Idomeni, Greece." 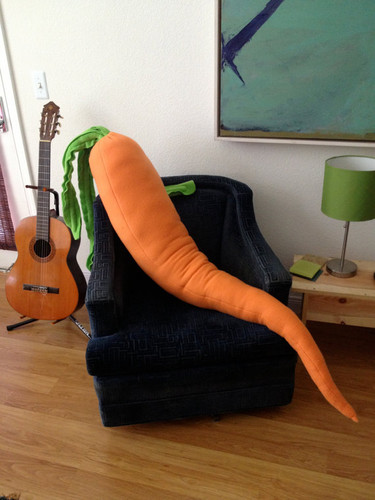