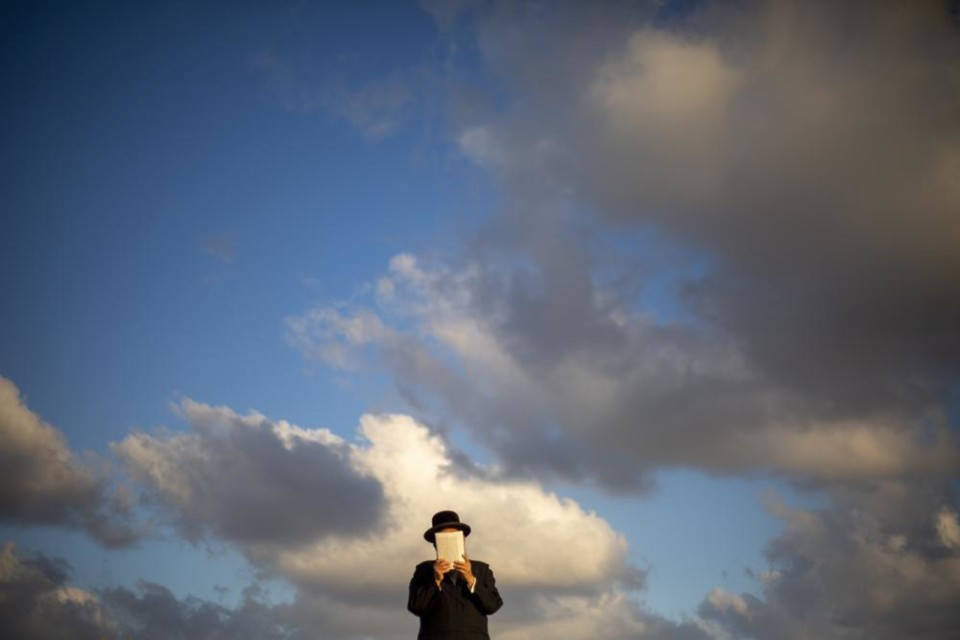 An Ultra-Orthodox Jewish man of the Kiryat Sanz Hassidic sect prays on a hill overlooking the Mediterranean Sea as they participate in a Tashlich ceremony, in Netanya, Israel, Tuesday, Sept. 14, 2021. Tashlich, which means "to cast away" in Hebrew, is the practice in which Jews go to a large flowing body of water and symbolically "throw away" their sins by throwing a piece of bread, or similar food, into the water before the Jewish holiday of Yom Kippur, which starts at sundown on Wednesday.