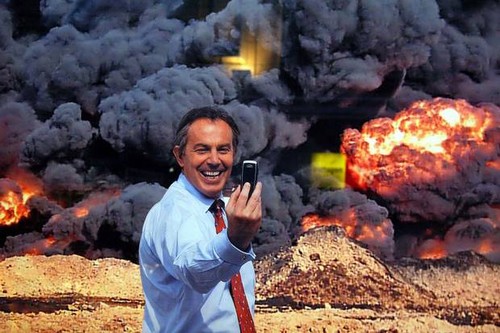 «"We went into a war that was catastrophic, that was illegal, that cost us a lot of money, that lost a lot of lives," he added. "The consequences are still played out with migrant deaths in the Mediterranean, refugees all over the region," he said.